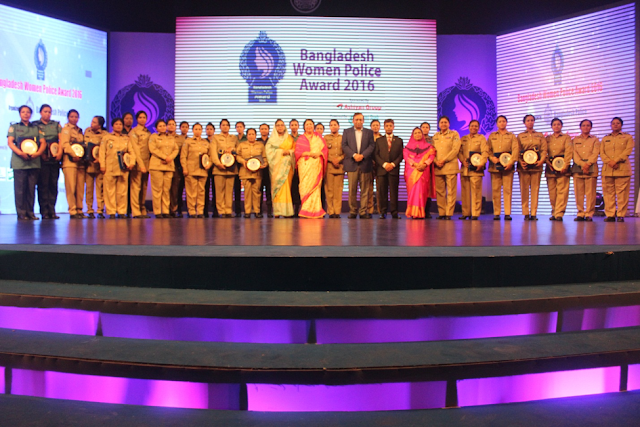 The police department has launched the Women Police Award for the first time in the country to recognise exemplary achievement of female police officers.

Mr. A K M Shahidul Haque, BPM, PPM, Inspector General of Police, introduced the award, and this year the accolade has been given to 33 policewomen in six categories. The prize includes a crest, a certificate and a cash reward of Tk 10,000.
The six categories are Bangladesh Police Women Leadership Award, Excellence in Action, Medal of Courage, Community Service, Peace-keeping Mission Special Honour Award and Entrepreneur Women Organiser of the Year Award.
Mili Biswas, Deputy Inspector General of Police, Police Headquarters and President of Bangladesh Police Women Network, made the announcement of the award at a press conference before this award. 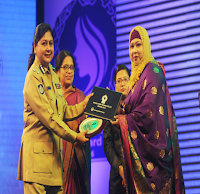 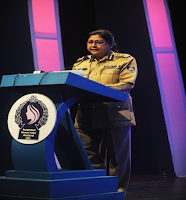 The awards presented at a programme at Bashundhara Convention Centre on March 31. House Speaker Shirin Sharmin Chaudhury attended the event as the chief guest, while the home minister and the state minister for women and children affairs were the special guests.

Female police officers from the country also join United Nations missions. The first group of female officers were sent to East Timor in 2000, while a full contingent was sent in 2010.
Posted by IAWP Region 22 at 11:43 AM

On 5th November 2015, in the Police Training Centre, Rangpur "The 15th Women Trainee Recruit Constable closing ceremony" was held. About 1207 trainee women constables successfully took part in that passing out parade where  Mily Biswas, PPM, Deputy Inspector General Of Police (Finance) and President of Bangladesh Police Women Network was present to take the salute of that parade as the chief guest of honour.

No one to care for Four-year-old Mim, right, and her two-year-old brother Arif are being looked after by female police members at the Victim Support Centre of DMP in Tejgaon. The young siblings lost their parents recently. Photo: Courtesy


Even a few weeks back, they had slept happily in their mother's lap knowing nothing about a grim future that was to befall them soon. A cruel twist of events separated them from their mother forever, throwing them into a world of uncertainty.
Four-year old Mim and her two-year old brother Arif had been passing their hapless days at the Victim Support Centre of Dhaka Metropolitan Police in Tejgaon in the capital since their mother died two weeks ago.
Their mother, Asma, died of cardio respiratory failure at Dhaka Medical College Hospital on August 4 while their father, Shahjahan, had been killed in a road accident about six months back, said an official at the centre.
The loss the children were going through was colossal. They, however, were too small to come to terms with this.
Mim could talk, somewhat hesitatingly though. She could utter her mother's and brother's name. She also seemed to be aware of her father's death in an accident but when this correspondent asked about her mother, she said, “My mother is at work.”
During a visit at the centre, they were seen playing with female police members who had been looking after them.
“I had serious trouble sleeping last night as I could not stop thinking about their fate,” Fatiha Yesmin, additional deputy commissioner of the centre, told this correspondent as tears welled up in her eyes.
After Asma's death, Anjuman-e Mafidul Islam received her body as none came to receive it. The whereabouts of her late husband and his family could also not be known from any source.
Deputy Commissioner of Victim Support Centre Shamima Begum said Shahbagh police had given the two children under their custody after their mother's death. She said they were desperately looking for a legal guardian for the children but were yet to find any.
"Several people have already showed interest to adopt the children but only the court can decide whether they will be given to any foster parent or to a child care centre," she said.
Asma has one step-brother named Humayun Kabir who works as a peon at a Rajshahi clinic. He said Asma was her only family member and they had lost their parents around nine years back.
"I'm already finding it very difficult to make both ends meet. I cannot afford to raise Asma's children even if I wanted to," a downcast Kabir said.

These are some of the photos of police women guarding the Govt. land from illegal encroachment some 120 kilometers from the District HQ of Rangamati Hill Districts . This is a kind of new challenge for police women to work with conficdence out side from district head quarters. 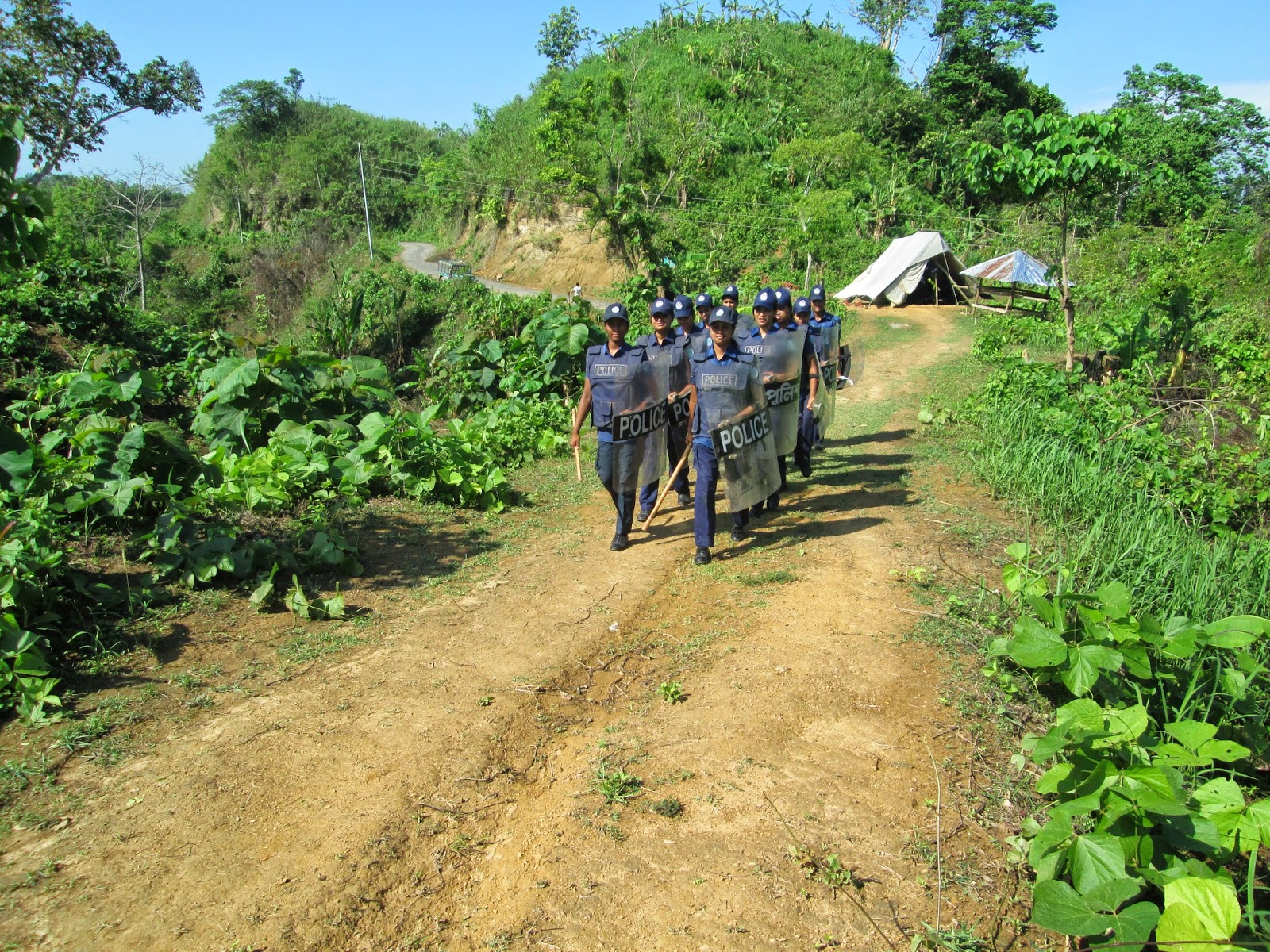 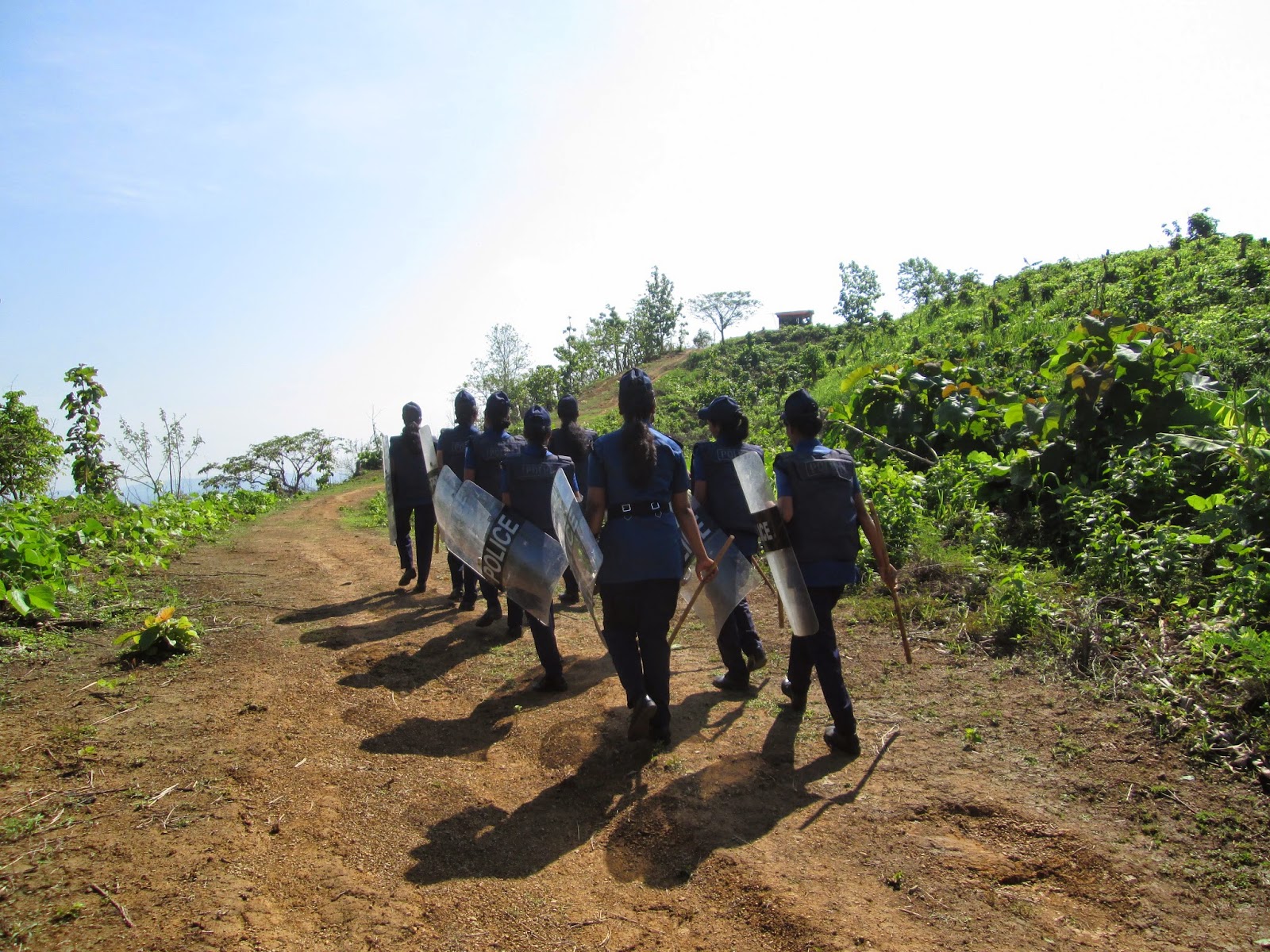 
Feel impressed to the inauguration ceremony of 2nd National Conference of BPWN police women gathering in the opening ceremony waiting for the departure of the honorable Speaker of the Parliament. It was also an auspicious beginning of Police Staff College newly constructed Convention hall ...

Email ThisBlogThis!Share to TwitterShare to FacebookShare to Pinterest
Dear All

Gender and Gender Sensitive policing presentation by Gender Specialist Fawzia  just reminds the role of police in addressing gender , police women approach to gender issue and how they will retain their right , advance forward in policing carrier.

Women Police of Bangladesh and the necessity of RTI , Right to Information , the role of Police presented by Dr Sadeka Halim , Information Commissioner, Right To Information Commission , Bangladesh is another one on the police role is delivering information to the service holder , what they will inform and what not.
Developing Police carrier and achieving professional Skill is another important presentation by Additional Deputy Inspector General Yasmeen Ghafhoor quite informative and inspiring . She shared her own carrier profile , how she faced policing at the beginning of 80s when it was quite unusual for any women being a police officer , some time it was hard to get any appointment or portfolio.
Posted by IAWP Region 22 at 7:42 AM

Good day every body. I shall be joining the 2nd National Conference of Bangladesh Police Women Network BPWN on 11th , shall be heading towards the capital Dhaka which is 378 kilometer from my district . It takes 12 hour drive from here. 300 police women from all over Bangladesh is expected to attend the conference. We are planning to go ahead with the addressing the issues that are the barrier for enhancing the capacity of police women.
I find here some barriers that i shall address . Basically police stations , police barracks, police lines were not designed for women since its begging in the continent. Even the reserve Inspector RI who is the in charge of the police lines is not used to get
Posted by IAWP Region 22 at 8:55 PM